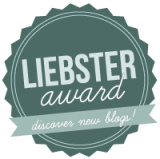 My first Liebster!  I feel like Steve Martin in The Jerk when the new phone book arrives!* The lovely and talented Gabriele Neumann from Basically I’m Complicated has nominated me for the Liebster Award. The Liebster is given to new(ish) blogs by other bloggers who dig them. And, when another blogger says she digs MommyEnnui, that makes me one happy girl. Thanks, Gabriele!

The rules for the award appear to be somewhat fluid. There are numerous variations floating around the internets, so I just chose the ones I like the best. Sometimes I’m wild like that.

As a nominee, you are required to:
1. Thank, mention and link to the blogger who nominated you.
2. Answer their 10 questions.
3. Nominate 5-10 other bloggers with less than 2000 followers.
4. Give your nominees 10 questions to answer.
5. Notify your winners by commenting on one of their posts and linking them back to your post that nominates them.
6. Proudly display your Liebster Award button on your page.

Here are Gabriele’s (extremely difficult) questions and my answers:

2. If you could never have to eat or even see one food again, what would it be and why?
Any kind of meat because I’m a vegetarian and it makes me squeamish.

3. If you could ban one fashion trend, what would it be and why?
High-waisted, super short denim shorts.  Ad Man and I were at a music festival this past summer where approximately 85% of the women were wearing awful, high-waisted jean shorts. I refer to them as “denim diapers” and they’re flattering on exactly NO ONE.

4. If you could learn a language you don’t already know, which one would it be and why?
French. I’ve always wanted to learn it because I love Paris and would like to be able to say more than just “Deux, s’il vous plait” while pointing at a bakery case of pain au chocolat. Also, my daughters are learning French in elementary school and I want to make sure they can’t swear at me in another language without me knowing.

5. What is your least favorite quality about yourself and why?
I am a huge pessimist.  I wish I could be more positive because I suspect I’d be more likely to take chances and risk failure thereby also risking wild success.

6. What is your proudest accomplishment in the past year?
MommyEnnui, baby!  I’m thrilled that my first experiment in writing anything more than a legal brief has been so wonderfully well-received.

7. What are you really excited about that’s coming up in 2014?
Getting back to Los Angeles. We haven’t been back in a year and a half and I’ve been terribly homesick lately.

8. Who (or what) do you think is really overrated?
Sex in the shower. It always sounds like a good idea but ends up being really awkward.

9. You get a free one week trip for two to anywhere in the world! Where do you go and who do you take with you?
I would take Ad Man with me to The Four Seasons Bora Bora. We haven’t had even a night away together without the kids since Biggie was born eight long years ago. That’s just sad.

10. If you could be best friends with a fictional character, which one would it be and why?
At the risk of sounds like a giant nerd, I’d have to say Dr. Who so I could travel through time. Having people constantly trying to kill me might get a bit tiresome though.

Questions for my nominees:

Thanks for celebrating with me! I’d love to hear your answers to my or Gabriele’s questions.  Please comment below.