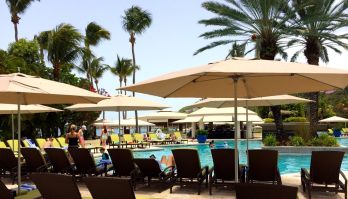 I had a post all written and polished to a shine for you this week, but unfortunately, it’s going to have to wait due to circumstances outside my control. Let me tell you though, It’s pretty exciting and I can’t wait to tell you about it! What I am not excited about, however, is the fact that it is now Thursday and I haven’t posted a damn thing all week. So, here’s a quick update.

It is 4th of July Eve and we’re getting ready to hop back into the car tomorrow to drive up to Ohio where we’ll be dropping Biggie and Smalls off at my dad and stepmom’s house and then getting the hell out of town. This will be the girls’ first extended visit without Ad Man and I and the first time he and I have been away together without a child since before Biggie was born. We’ve known about this trip for months so you’d think we’d have spent all that time hatching a plan for how and where to spend those blissful child-free days.

As I’ve told you before, however, Ad Man and planning don’t mix, so as of yesterday, we still had no firm plans. Oh, we’d thrown around some ideas. Our friends offered us their lake house in Ohio which would have been easy and peaceful. We thought of heading to Chicago for a few days since every time we’re back home we spend the trip shuttling back and forth between suburbs and never actually spend any time in the city. I haven’t gotten my fill of the beach this year, though, so we started looking at Portland, Maine, Nantucket and other charming East Coast towns. We considered flying to New Orleans but Ad Man was horrified by the thought of the heat and humidity…as if we don’t currently live in hot, humid Atlanta.

Finally yesterday, I said, “Why don’t we just hop on a flight to some Caribbean island? We have frequent flier miles and how often do we have a few days alone together?” Two hours later, we were booked on a flight from Dayton, Ohio to St. Thomas and a ferry to St. John! I’m so incredibly excited! We decided on the US Virgin Islands because the USVI is one of Ad Man’s clients and because my passport is expired. Oops.

I’m nervous about being away from the girls for so long, but they will absolutely be in good hands. And, our children generally only act like little shitheads when they’re at home. Elsewhere, they are well-behaved and polite…practically unrecognizable. Regardless, I’m sure they will keep Grandma and Grandpa nice and busy and that we will, no doubt owe them a weeklong spa vacation somewhere after this. (The grandparents, not Biggie and Smalls.)

But, before we hit the road, we’re throwing one last dinner party (Ad Man’s genius idea) so I’d better get cooking. My new bikini is getting more use than expected this year!

Update to my update: After a long day of planes, trains and automobiles–well, actually, planes, ferries and taxis–we arrived last night in gorgeous St. John! Ad Man and I were so exhausted after the journey, we had dinner on the beach, took a quick swim in the pool and were in bed by 8:30 pm. Ad Man snored while I watched a marathon of ‘Ray Donovan’ with Liev Schreiber on Showtime. (Great show, by the way.)

Today, after a morning swim, laying around in the sun (while Ad Man went for a run), and breakfast by the pool, I’m blogging with a view of the ocean. Not a bad gig! I’m missing Biggie and Smalls terribly though and was heartbroken to hear that Smalls had a rough time missing us at bedtime last night. Everything I see or do, I think, “The girls would love this.” As much as I was looking forward to some kid-free time and as good as this is for Ad Man and I, I can’t help wishing the little shitheads were here.

I’m planning to do some writing this week, but most likely won’t be blogging unless I get the go-ahead to tell you about my mysterious project. Until then, enjoy the above photo of the MommyEnnui office this week. I could get used to this!