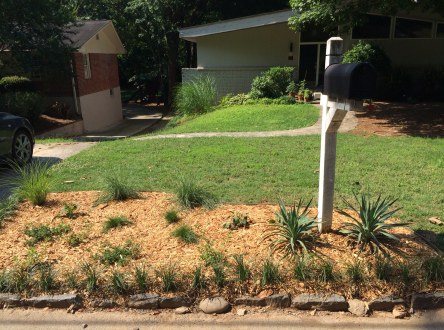 My apologies for being AWOL lately. Actually, my physical presence has been right here as usual. It’s just my brain that’s been absent. As some of you might remember, I began this blog last September just as Biggie and Smalls were headed back to school. Now that we’re on summer break, this is the first time I’ve attempted to write with two children all up in my grill for most of the day. Let me tell you, it isn’t coming easily. Even when the girls are, miraculously, entertaining themselves and I have a moment to think, they interrupt me approximately every ten minutes for a snack or to referee some argument. Smalls is in a serious tattling phase so virtually nothing Biggie does or says goes unreported these days.

Sadly, we’ve also had a close family member pass away this week from pancreatic cancer after having been diagnosed only two months ago. The last few weeks have been an emotional roller coaster for people we love dearly and to say I’ve been distracted would be an understatement.

Since there’s been a short lull in “Operation Make the Downstairs Habitable Again,” I dove headfirst into a gardening project. In fact, my car is sitting outside at this very moment filled with bags of topsoil, mulch and manure. (Aaahhhhh…the bouquet!) Biggie and Smalls have been begging me to plant flowers in the yard for the last few years. Because I’m a terrible mother who cares more about the aesthetics of my house than making my children happy, I’ve attempted to get them excited about various grasses and other, more architectural, plants, but to no avail.

This year, the girls helped me plant some herbs and tomato plants, but were still intent on adding flowers to the mix. In a moment of weakness, I told them we would plant their own little flower garden by the mailbox. In hindsight, I’m sure they envisioned running to the garden store, grabbing some pansies, digging holes and sticking them in the ground. But, because I’ve recently been craving a creative project not requiring sidewalk chalk, glitter glue or Play-doh, I managed to turn a little flower garden into a big production. (Hence, the bag of hot cow shit in my car.)

I’ll add a photo gallery below as the project progresses. I’m hoping a good outcome with this little mailbox garden will give me the confidence to tackle other landscaping projects I’ve been putting off for the last seven years. Either that or I’ll do permanent damage to my back and go bankrupt paying my chiropractor, acupuncturist and gardener which will mean we can’t afford to send the girls to college, they won’t be able to support themselves and we’ll all end up out on the streets. I’m keeping my fingers crossed for the former outcome.

Update: the mailbox garden was a success, but not without a few obstacles…lots of digging, some serious back pain and many trips to the garden store. Some schmuck–most likely the contractor who flipped our house before the owners preceding us bought it–dumped crap loads of pea gravel into numerous areas of the yard, the corner by the mailbox unfortunately being one of them. Biggie and Smalls helped me with small bits of the project like mixing up the soil and planting the mondo grass but, truthfully, they were far more excited about the annuals they bought and planted in a pot.

Someday, I’ll learn to allow small projects be small projects but for now, I’m really happy with the outcome of my mailbox garden. Even the mailman stopped to say how great it looked and, of course, I claimed I did it all for him. Tackling the landscaping the the front yard was actually on my list of things to do once the girls were both in school so I suppose now I need to move on to the rest of the weedy mess!