Yet again, I’m apologizing for disappearing on you. This time, I blame my bathrooms. I’ve been elbow deep in renovating two of our three bathrooms, and when I say “renovating,” I mean supervising others who are far more qualified than I am to do the actual work.

When we moved into our house eight years ago, we knew we’d have to redo the bathrooms sometime in the near future. Well, the near future became the far future and we’re finally hunkering down to get it done. To explain the state of our bathrooms, I’ll have to give you a little history about the house. Our home was built in 1954 by an architect for his family of ten to live in. Yes, he and his wife had eight children. It’s a really wonderful mid-century modern house that’s more than large enough for Ad Man, the monsters and me, but the thought of living in it with eight children runs shivers down my spine.

There were a number of owners between the architect and us, most notably an inept contractor who bought the house when it was listed as a teardown, did a half-assed renovation and flipped it. (Thankfully, there was one owner between the flipper and us who bore the brunt of the half-assedness.) The contractor’s clumsy work was most prominently displayed in our two upstairs bathrooms. When we moved in, the tub and

wall tiles in the master bath had been reglazed (poorly) and the floor was covered with nondescript, beige floor tiles. Biggie and Smalls’s bathroom, which also serves as our guest bath, had reglazed tiles, the same beige floor, and an original, extremely crappy shower we used maybe once. In fact, the girls most often used the shower as a hideout or reading nook. Here’s an old photo of Biggie and Smalls in their favorite playhouse.

While biding our time, we painted the rooms, changed out the lighting and hung some artwork. That made the bathrooms livable for a while. As time went by, though, the reglazed tiles and tub chipped and showed their true colors…1950s Potty Pink to be precise. Don’t get me wrong, if our bathrooms looked like this one, I’d be the first one out shopping for vintage poodle accessories. Unfortunately our pink bathroom couldn’t be saved. Here are a few “before” photos of the bathrooms. Sadly, we don’t have any pictures of them in their original, mid-century glory.

Little Biggie in kids’ bath, before

When we started to demo the bathrooms, there were a few surprises in store for us. First, our wall tiles were glued directly to inch-thick concrete. Apparently, that’s how things were built in the ‘50s…strong enough to withstand a Soviet attack. So, what we thought was going to take two days (one per bathroom), stretched into a full week.

Then, we discovered that there were beautiful, original mid-century tile floors under the ugly-ass beige tiles the evil contractor thought would be more appealing to a buyer (who is this person with a love for all things beige?). I was shocked to see what good shape the original tile was in, but it was covered in glue and filth and couldn’t be saved. It was seriously heartbreaking. I’ve been gazing longingly at my neighbor’s original tile for years without ever suspecting that a similar treasure lay just beneath my feet at home.

I’m a newbie to renovation, so this process has been quite enlightening. Essentially, it all boils down to the following series of events, just repeated over and over until the project is done…or until you kick the contractor out of your house vowing to finish the damn thing yourself.

Here’s how it’s going for me:
1) Someone asks me how I want something done.
2) I tell that person how I’d like the thing done.
3) The person tells me why it can’t be done that way and, instead, does it the way they’d already planned to do it before asking for my input.

Our bedroom, throughout the holidays. Good thing we have a guest room!

It’s maddening! Add to this the fact that the renovation is already weeks behind schedule and you’ll understand why my stress level has been through the roof. Perfect time to have a bunch of family in town for the holidays, right?…

Please note that the holiday I was referring to above was Thanksgiving. I set this post aside for a few weeks since there were a few things going on (holidays, Biggie’s birthday, never ending renovation…) and suddenly here we are with Christmas just days away. One might think I’d be luxuriating in my fabulous new bathroom by now, but sadly, one would be wrong.

The bathrooms still aren’t done-done. Actually, I’m convinced they may never be. We’re damn close, but there are still a few tiny problems. For instance, we can’t seem to find a faucet for the master bathroom that doesn’t leak. We’ve been through three already. And, I insisted on black fixtures, so I can’t just pop over to Home Depot whenever we need a new one. Also, when I recently attempted to give Smalls her first bath in the girls’ brand new bathtub, water came out of the back of the faucet where it attaches to the wall, not from the actual faucet itself. I’m pretty sure it’s not supposed to work like that.

We have friends coming into town from Los Angeles, and staying with us, in five days. Five! I will not be sharing a bathroom with three other adults and four kids, so the upstairs baths had better be in working order by then. I don’t care if I have to pay a plumber triple overtime and hand forge a black faucet myself!

We’re now weeks into the new year and guess who still doesn’t have fully functional bathrooms? You’re right! It’s me…the one with the hairy legs. It seems we still have an issue with hot water, or lack thereof. The best it gets here is lukewarm. No one ever says, “I can’t wait for a nice, lukewarm shower!” And, that’s in the downstairs, unrenovated, not-at-all-beautiful, bathroom. In the new bathrooms upstairs, you have two choices of water temperature: cold or ice cold.

It’s now the middle of winter, so it’s damn cold downstairs. Alas, I’ve been taking warm showers in a freezing cold bathroom since before Thanksgiving, hence the hairy legs. I’ve taken advantage of a few unseasonably warm days here and there to shave, but the rest of the time, it’s so freaking cold, I’d shave off my goosebumps and quite possibly bleed to death if I even tried. I’m sorry if I sound bitter, it’s just that I am.

The story just keeps getting better. It seems that the problem is that there’s a spot in the system where our hot and cold water lines mix, making our tankless hot water heater get all confused and serve up only water the temperature of spit. It took two plumbers and two weeks to diagnose the problem. But here’s the fun part…we are going to have to break through one of our newly built and tiled walls to fix a valve that our “contractor” apparently installed sideways. I seriously couldn’t make this up.

So, now we’re in the process of getting bids from plumbers and contractors to undo what we spent the last few months doing and then do it again, correctly. I could cry. Considering the foregoing, you’d think we wouldn’t want to renovate or do construction ever again. In my case, you’d be right. Ad Man on the other hand, wants to sell our house, buy a lot and BUILD A NEW HOUSE. He’s trying to kill me. Please send help! 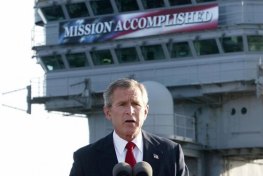 I must end this tragic story to spare both of us, but I promise I’ll get back to you soon with “after” photos. The bathrooms really do look fantastic (pre-re-renovation), but I’m too superstitious to call anything finished until after I’ve taken a hot shower in my lovely and functional new master bath. Remember this? I don’t want to be that guy.

PS: Our friends did come in town for a visit after Christmas and stayed with us. It is a tribute to them, some of our oldest and best friends (K and I have known each other since fourth grade), that they didn’t complain once about their piss warm showers. I guess they were just relieved to find out we finally have three working toilets in the house.